In honor of the monster king's 60th birthday year I recently compiled an hour-plus medley that powers through his many themes over the years. It's an exciting musical journey that exemplifies an important part of Godzilla's evolution:

Akira Ifukube's Godzilla themes have often been cited as the quintessential sounds to Godzilla's image. His original Godzilla theme was a slow, bass build-up that underscored the monster's ponderous attack on Tokyo. The film's other melody, the “Godzilla March,” wasn't originally considered Godzilla's theme. It was initially meant to coincide with the Japanese military, but was also used during Godzilla's rampage. When Terror of MechaGodzilla was released the march reprised for the first time in twenty years as Godzilla's main theme. It has effectively been associated with the monster since then.

Before the 1970s, however, Ifukube spent time expanding the slower melody. With the release of King Kong vs. Godzilla, Ifukube had created a more triumphant and powerful prologue to the somber motif from the original movie. It evolved for the next seven years, being lengthened and refined in Godzilla vs. Mothra. Later, it was regularly paired with Rodan's theme, starting with Ghidorah: The Three Headed-Monster.

By the time Ifukube was scoring the 1990s films he had joined Godzilla's motif from the 1960s with the original movie's Godzilla March to create what is often seen (heard?) as the conclusive Godzilla Theme.

Although his melodies for Godzilla were often heard in movies he didn't score, Ifukube wasn't the only composer to create memorable motifs for the monster. Masaru Satoh was Toho's go-to composer for the series when Ifukube wasn't available. His atmospheric score for Godzilla Raids Again doesn't include much of a melody for the monster, but rather moody sounds that imply his existence. Satoh's first melodic theme for Godzilla wouldn't be heard until Godzilla vs. the Sea Monster. It maintained a certain gravitas to Godzilla's image, but was wildly different than Ifukube's opuses. Never using the same motif twice, Satoh would compose a new Godzilla theme with every film he was assigned. His final work in the series, Godzilla vs. MechaGodzilla, birthed his loudest and most pounding representation of the King of the Monsters.

Other composers tried their hands in the series with varying results. Riichiro Manabe created a memorable, if rather curious, main theme in Godzilla vs. Hedorah. It would return for Godzilla vs. Megalon. One time series composer Reijiro Koroku would develop one of the most moody and complex Godzilla themes for The Return of Godzilla, while another, Kunio Miyauchi, would score a child friendly piece in Godzilla's Revenge.

In 2001 Michiru Oshima became the first female composer of the series. Amusingly, fans were nervous about a female composer taking the reigns of the Godzilla franchise. What's more amusing is, with the exception of Ifukube's work, Oshima's themes are often hailed as the best of the series-- leading with thundering war drums and a bass melody before bursting into a campaign-like march. The structure is not unlike Ifukube's which is probably one reason it's so highly regarded.

Kow Otani (one of my personal favorites), Takayuki Hattori, Kuichi Sugiyama and Daisuke Yano have also tried their hands with Godzilla, each bringing something different and fresh to underscore the monster. The great thing about all of these composers, and their respective works, is that they've added a great deal of versatility to the series. If one Godzilla theme doesn't work for you, perhaps another will. Whatever anyone's opinions are, jumping from theme to theme shows a great evolution to a beloved character. I certainly hope people find more to this music than simple background noise. 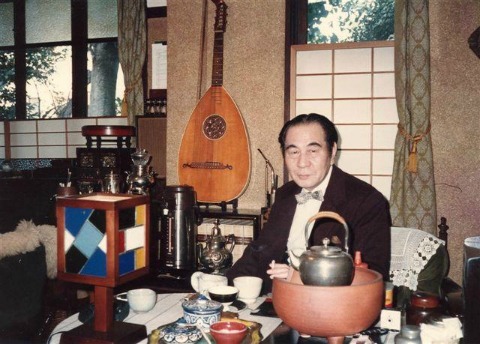 The above list of Godzilla songs have a number of instrumental beats available for sale online as well!

Awesome! I will submit, "Godzilla" on musical Tesla coils! for your listening pleasure.