Amongst the gulf of posters and toys that are expected with the new Godzilla movie is the exciting announcement of movie re-releases. For fans of most franchises movie re-releases are something of an eye-roll. Why double-dip for a movie you already own? For example, most of us have The Dark Knight trilogy on Bluray or DVD. When the tentatively titled Batman vs. Superman movie hits we'll probably see the trilogy re-released and most fans won't buy them-- not unless they include something prior discs didn't have before. (And even then fanatics will have an internal debate with themselves.)

For North American Godzilla fans a re-release is something to wag our tails about. The films rarely get a fair treatment overseas. When word drops of reissues it brings hope that new editions will be treated with more respect. Never has this been more true than with Sony's Godzilla movies. 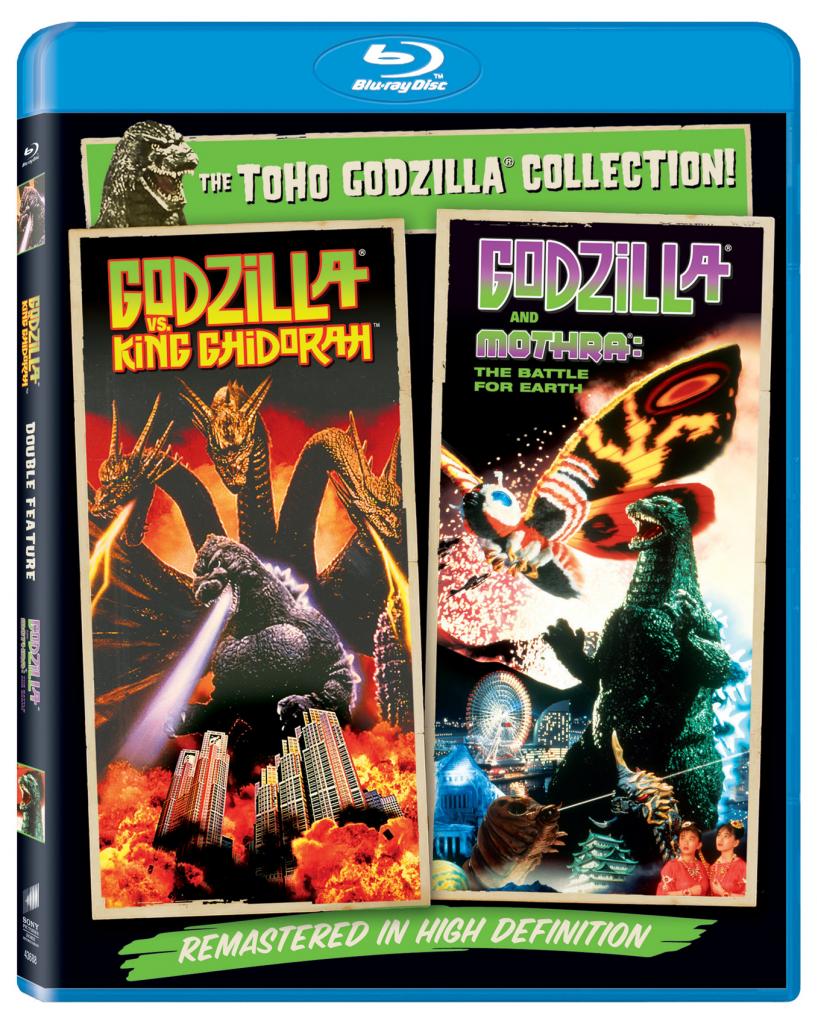 Godzilla vs. King Ghidorah and Godzilla and Mothra: The Battle for Earth were placed on a single DVD as a double feature. That would be forgivable if there weren't so many sins committed on this one disc. Not only were both movies only available with english dubbed audio, but they were presented in ugly, full screen, pan & scan. The end credits for both movies were omitted in favor of copyright information. Western fans looking for a legal means of watching these movies have never seen them properly. (At least not from the North American market.) With the exception of a correct aspect ratio, the Godzilla vs. SpaceGodzilla / Godzilla vs. Destroyah double feature disc faced the same problems: The credits were removed by Sony/Tristar and no Japanese language option was available.

Godzilla vs. MechaGodzilla II is the only Heisei Godzilla film [from Sony] to be given a Japanese language option. While this was a step in the right direction it also birthed an entirely new issue: Godzilla vs. MechaGodzilla II was using the dubbed script to translate dialogue. Because of the differences between the English and Japanese dialogue, subtitles would sometimes appear when nothing was being said. Worse. Sometimes nothing would appear when Japanese dialogue was uttered. 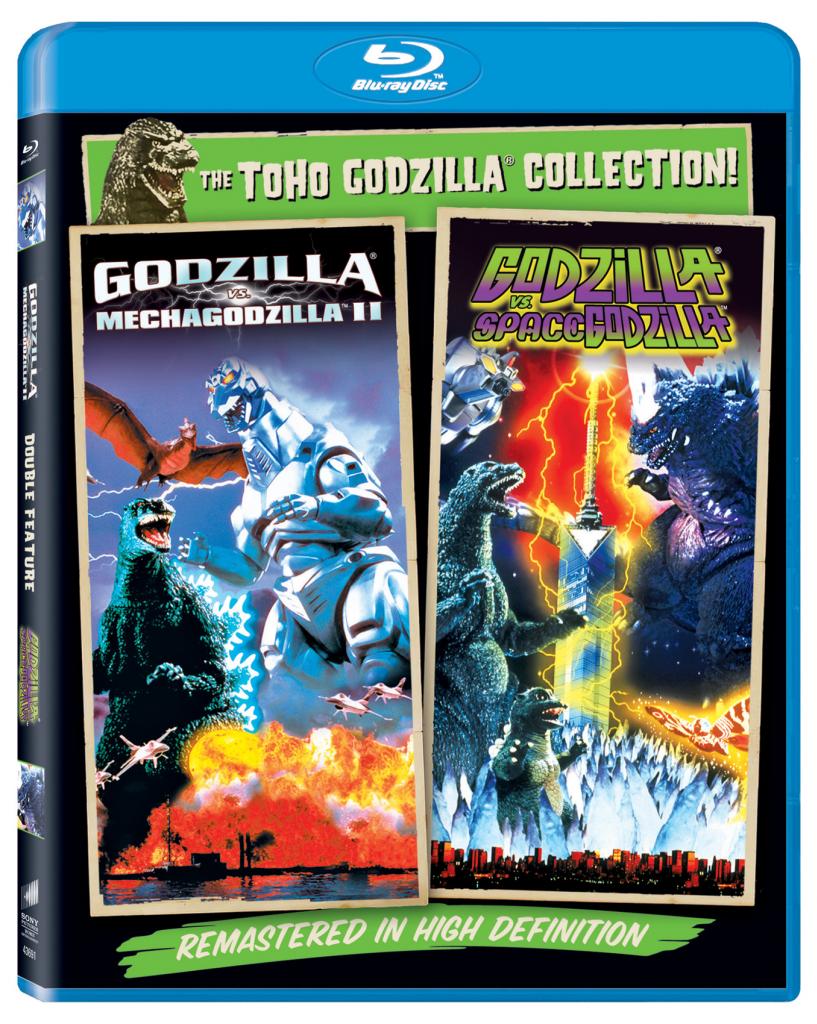 Fans have called these subtitles, “dubtitles” due to their relation to the dubbed script. Feeling that this dialogue is a dumbed down version of what's really being said on-screen, fans have been dying for an accurate translation for many of these films-- Godzilla, Mothra, King Ghidorah being the worst offender with characters celebrating when they accidentally fire on King Ghidorah. (In reality they're cursing their error.)

That said, with the exception of Godzilla 2000, the Millennium Godzilla series has been given fair treatment on DVD. The dubtitles are, thankfully, not present with every film and the picture quality rivals Toho's own discs. However, they come with another major detractor: The ugly, english title overlays are a sore spot for many fans. The Millennium movies arguably feature the series' best opening graphic sequences. The fact that big, white and blocky english titles are poorly superimposed on top of these spectacular visuals is fairly demoralizing and takes audiences directly out of the dramatic high that these titles peak at.

Not long ago, Sony Home Entertainment asked SciFi Japan writer Keith Aiken for a list of issues fans had with the previous discs. He listed everything I mentioned. So far things look very promising: Each film will be on their own disc; although the movies will be packaged as double features, each set will include two Bluray discs. Each disc will also include the film in it's original aspect ratio with Japanese language audio options and original trailers. 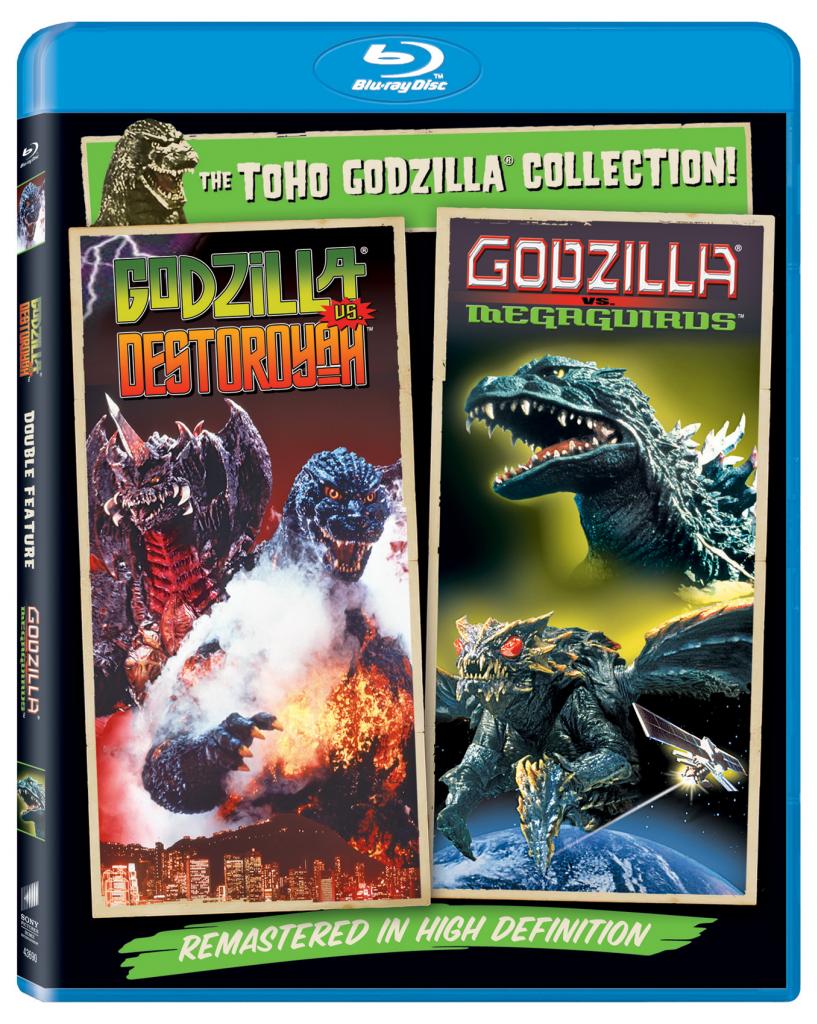 This means, for the first time in North America, Godzilla vs. King Ghidorah and Godzilla and Mothra: The Battle for Earth will be released in anamorphic, widescreen and in its original language. The runtime also suggests that the end credits are intact.

The double-disc sets, hitting shelves May 6th, include:

Godzilla vs. King Ghidorah / Godzilla and Mothra: The Battle for Earth

It's yet to be seen whether or not the dubtitles will be corrected and the giant, opening credit overlays erased. Keith Aiken at SciFi Japan hopes to do a follow-up report soon.

The other three movies Sony owns (Godzilla 2000, Godzilla, Mothra, King Ghidorah: Giant Monsters All-Out Attack and Godzilla against MechaGodzilla.) are still waiting for release. Chances are, since Sony worked on the Americanization of Godzilla 2000, that they will give it a new release all on its own with special features and, fingers crossed, the very different Japanese version. Giant Monsters All-Out Attack and against MechaGodzilla will most likely be featured in a set together. One can presume that these three movies will be released when Legendary's new Godzilla hits DVD/Bluray. Time will tell.

In the meantime every Godzilla fan should really look forward to these sets. Hopefully these will be the definitive North American editions of films fans have waited so long to be reissued. 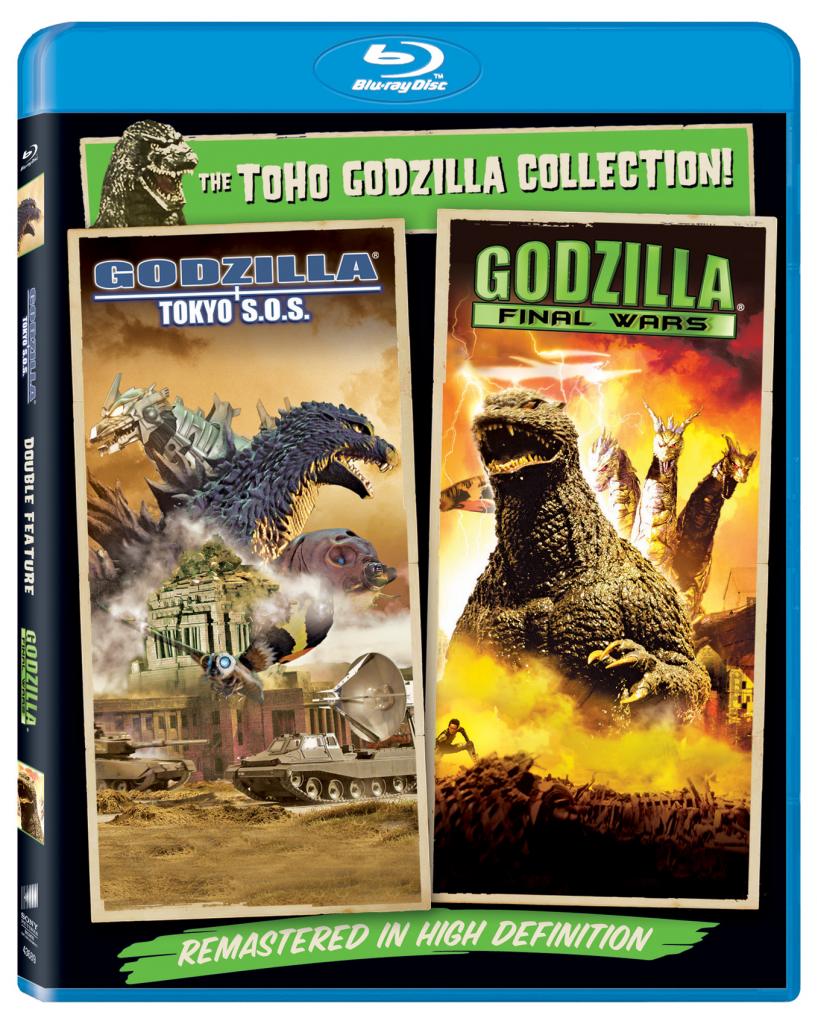 I'm in the UK and would love to have these!

Great that they are now available in high def and original aspect ratio. :