Darth Maul is easily one of the most interesting characters in the Star Wars series. Surviving Sith training from the ultimate Sith lord Darth Sidious, killing one of two very powerful Jedi, prevailed through being cut in-half, formed a criminal underworld, survived a battle with his former master, and finally surviving being thrown off of a tower in Star Wars Rebels.

In this article, I will be going over the entire history of Darth Maul. From his training under Sidious, to his escape of the Sith homeworld Malachor, so let's begin.

The son of a Nightsister, Mother Talzin, Darth Maul was taken however by the Sith Lord Darth Sidious due to his high Force-sensitivity. From this point on, Maul's life vastly changed, as he went through the most brutal training he could go through. 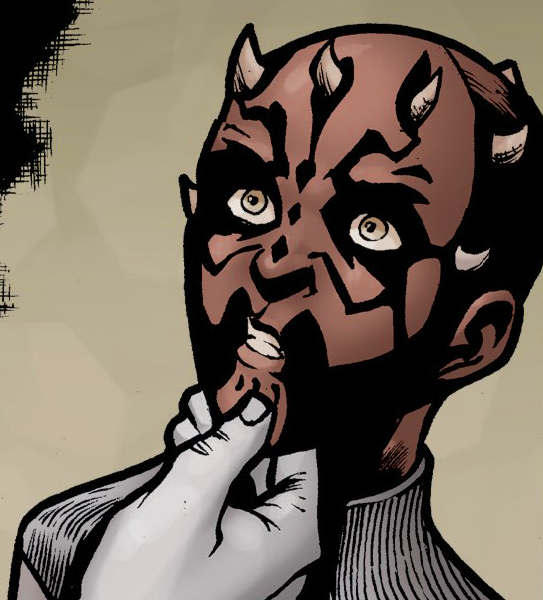 Pushed to the absolute limit by his Master Sidious, Maul went through extreme training for years before finally being pronounced a Sith. Maul was then sent by his master on a mission, a mission to eliminate the two Jedi known as Qui-Gon Jinn and Obi-Wan Kenobi.

Maul engaged these two Jedi twice, each time with fierce prowess using the Seventh Lightsaber form, Juyo, and also the most ferocious.

On a mission to find Queen Amidala, Maul engaged the Jedi in their final duel. In this duel Maul killed Qui-Gon Jinn, and defeated Obi-Wan Kenobi, but was taken aback by the Jedi's cunning and sliced in half.

Maul was jettisoned down a shaft, with seemingly no hope or his survival. However from the depths Maul used his deepest anger and aggression to channel the Dark Side and he grabbed onto an air-vent stopping his fall.

From this point Maul fell into a trash ship, and was dumped onto a junkyard planet known as Lotho Minor. Maul had lost everything by this point, the Clone Wars he was no longer apart of, and he was no longer Darth Sidious's apprentice.

Maul was driven to pure insanity, as he killed animals and used the force to hover atop the dead carcasses, shaping himself like a spider. Maul was eventually rescued by his brother, Savage Opress, who was sent by his Mother, Talzin, to do such. Maul was insane at this point, nearly killing his brother, but Savage Opress was able to deliver his crazed brother to Talzin for her to restore his sanity, and give him new legs. 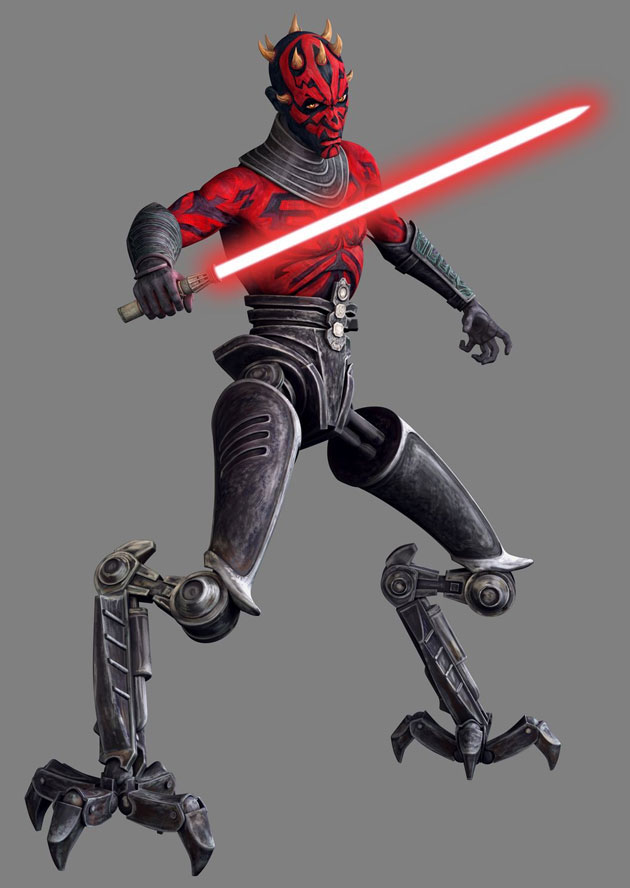 With Maul's sanity and legs restored, he immediately with the aid of his brother set out to gain revenge on Obi-Wan Kenobi.

Maul and his brother killed a village full of people in Raydonia to draw out Kenobi, who was sent by the Jedi High Council to investigate.

Maul engaged Kenobi, telling him of how much he hated him and and survived solely on his anger. Obi-Wan was then ambushed by Opress, and was captured by the two.

Kenobi was rescued by Asajj Ventress, a former Sith assassin who was once his enemy. The two of them were then thrust into a duel with Maul and Opress, with the latter overpowering them.

Ventress and Kenobi escaped, much to Maul's dismay.

Maul and Opress dueled Kenobi again, this time Kenobi had the help of the Jedi Adi-Gallia. Opress was successful in killing the Jedi, but Maul and Opress failed to kill Kenobi, with Opress losing his arm in the process.

The two were forced to escape the planet due to a pirate attack, and their ship was blown up in the process. Maul and Opress were then trapped in space, with little to no chance of survival, the future was bleak.

That will be all for part 1, will finish up in part 2. Don't want to make this article too long. Part 2 will be up very soon, so stay tuned.

I used to love Maul, the new EU killed that sentiment when he was brought back in Rebels overstaying is already questionable term he had in TCW.

I haven't followed the xpanded universe too closely, but Maul was easily one of, if not my favorite Star Wars Sith. Thanks for the article, I quite enjoyed the read!