As we draw closer to the release date of The Amazing Spider-Man 2, I'm reminded of past cinematic entries in the Spider-Man franchise. Sam Raimi's wonderfully colorful movies stick out the most. Then of course there's the short lived, live action CBS series from the late 1970s, also called The Amazing Spider-Man. It lasted only 13 episodes. Yet, a forgotten chapter to most westerns is Japan's take on the hero.

During the same time of CBS's series, Toei was having a great deal of success with their live action version of the character. Toei's Spider-Man was a massive depature from the comics westerners know and love. Instead of Peter Parker, Takuya Yamashiro, a motocross racer, is injected with Spider-Extract by Garia, the last warrior from the Planet Spider. With his new powers, Yamashiro becomes Spider-Man and protects earth from the alien forces of the Iron Cross Army. When a monster of the Iron Cross Army is transformed into an enormous beast Spider-Man summons Leopardon, a giant mecha he pilots to finish his foes off.

The show keeps Spider-Man's powers and physical appearance intact. The costume is arguably better looking than the CBS counterpart. And though the webshooters remain, mostly as a weapon rather than a mode of transportation, his spider-sense tingles whenever the Iron Cross Army is on the move. 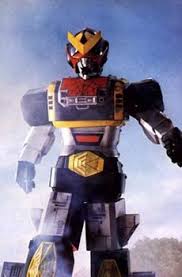 Fans are understandably very negative toward the show, but even Stan Lee praised it for the incredible action stunts, costumes and effects work. The issue is that Toei wasn't sure they could sell the Spider-Man property to Japanese audiences as is and, thus, reworked him with an alien origin and sci-fi troupes that were popular in Japan at the time.

The result was something flashier and more kinetic than the CBS show. It was a fun 41 episodes full of a wild Spider-Man that would sound off and strike a pose before doing battle with a catalog of creatures more fierce than most of his western foes. The show was a hit. The success of Spider-Man's giant mecha, Leopardon, inspired Toei to include the concept in future Super Sentai series. What followed was series after series of giant, combining mecha that would eventually be known in North America as... Megazords. (From Power Rangers, the American series adapted from Super Sentai footage.)

Whether The Amazing Spider-Man 2 is a good movie or not, I doubt it will be as fun as watching Spider-Man inspire 40+ years of Megazord action. Change Leopardon!