With filming due to begin in Montreal, Canada next month director Bryan Singer is cutting it fine amassing his cast for the 7th X-Men movie. Although it is known that regulars Michael Fassbender, James McAvoy, Nicholas Hoult, Jennifer Lawrence, Ian McKellen, Rose Byrne and Evan Peters will be returning, some of the new cast have yet to be cast. We know that Star Wars The Force Awakens star Oscar Isaac will be playing the movies villain, with newcomers such as Tye Sheridan (Scott Summers/Cyclops), Sophie Turner (Jean Grey), Alexandra Shipp (Ororo Munroe/Storm), Kodi Smit-McPhee (Kurt Wagner/Nightcrawler), Ben Hardy (as-yet-undecided) mostly portraying younger incarnations of roles previously seen. 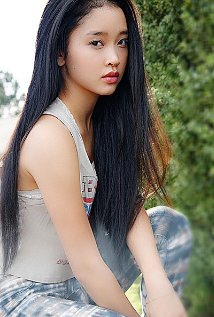 While it is still unknown as to whether or not Channing Tatum and Hugh Jackman will feature as Remy LeBeau/Gambit and Wolverine, respectively, it was recently reported that Lana Condor (pictured above) will be cast as Jubilation Lee/Jubilee; the role will be the young acttresses big screen debut. Meanwhile director Singer and studio 20th Century Fox are looking to cast fan favorite Psylocke, according to the Wraps Jeff Sneider...