Since Edgar Wrights departure from the project many fans have felt that the long awaited Ant-Man movie had hit trouble, with many fearing the movie woud suffer from the Britsh directors exit and may not even meet its release date. Yet news from this years San Diego Comic woud seem to suggest that the movie still on track, with new director Peyton Reed seeming to have given the cast and crew some much needed direction and purpose. Speaking with Collider Reed reassured fans that the movie is in safe hands. Below is a run down of what the drector said... 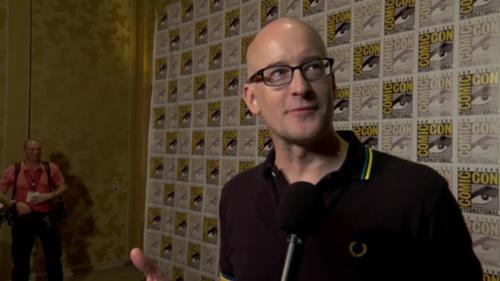 The movie currently in pre-production will start filming in San Francisco on August 18th, before moving to Atlanta. The action and comedy filled script, which is being finalised by Adam McKay (a reported comics fan) is said to be terrific but still going through some small, last minute changes. The test footage shown at this years SDCC was filmed a week earlier, on the set of Pym's laboratory with stars Michael Douglas and Paul Rudd. This footage was shot as a shorthand version of the mentor/student relationship between the two characters. Director Peyton Reed is keen to explore the wider universe, the Marvel Cinematic Universe, in which Ant-Man exists, emulating the crossover style frequently seen in the comics. Reed then went on to confirm that Yellowjacket is in the movie, and will play the role of the films primary antagonist, the director also teased the inclusion of more possible villains.

Is it possible that Edgar Wrights creative process and direction was actually holding up production? Did the previous director get too caught up in his vision for the movie?